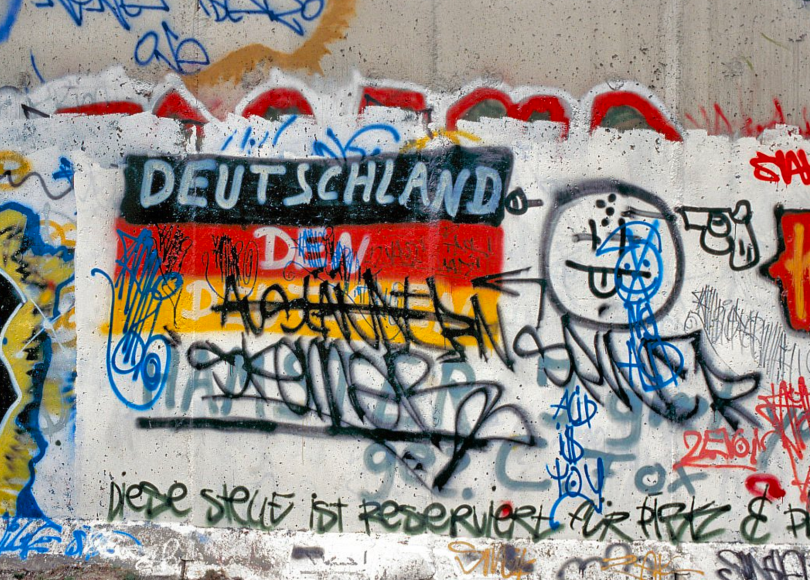 The reality of the Trump Border Wall inevitably leads one to consider the Berlin Wall. The Berlin Wall was the most important symbol of the Cold War and comparisons between the Trump Border Wall and the Berlin Wall are fitting. Both walls are bold attempts to enforce behavior through imposing physical structures. Both divide and separate families. The Berlin Wall separated families mere miles away for decades while the Trump Wall promises to separate families across the US/Mexico border. Children born to immigrant parents are allowed to stay in the US while their parents are at risk of being sent back behind the wall.

The Berlin Wall ultimately failed to achieve its political goals, and when the wall came down in 1989, it symbolically represented the failure of the Soviet system. Its erection was a symbol of Soviet force and might, and its demolition was the death rattle of the Soviet Union. Our country now considers whether to build a border wall. In that debate, we should consider the Berlin Wall and ask whether the demolition of the Trump Border Wall will inevitably occur at a future date, and if so, would such an event mark the end of US ascendancy?

My project conceives of the Trump Twitter Wall as a meditative monument to the political thoughts and ideals of Trump and the conservative movement. Although monuments convey the impression of permanence, all monuments fall victim to time. There will come a time when even the pyramids no longer stand. The fall of the Berlin Wall is a perspective of hope for those who oppose the wall and a reality check for those who support it.

In analogizing the Trump Twitter Wall to the Berlin Wall, it is unavoidable that the US most closely correlates to East Germany and Mexico to West Germany in terms of attempts to control through physical barriers, rigid political thinking, and fear of outside influence. Although conservative political ideals in the US are not communist or Soviet, the purpose and theme of the Trump Border Wall is most closely aligned with the East German perspective–rigid control through might and political willpower.

The extensive Berlin Wall Art Website provides excellent examples of Berlin Wall art, a few which are featured in the slideshow below (copyright by Edward Murray, used under Fair Use) and used on the Mexico Side of the Trump Twitter Wall:

Follow Beyond the Words: Text in Art on WordPress.com
The Trumplandia Review
James Harrington's Blog of Geek and Writing

All Things Writing and Geek, in one neat little blog!

"It is the duty of every man, as far as his ability extends, to detect and expose delusion and error"..Thomas Paine

A lot from Lydia

the passions of a science fiction writer

A Reader's Guide to Orthodox Icons

Oh! Take a shit, read a story. - My Mother on flash fiction

Beyond the Words: Text in Art

Exploring the Use of Text in Artistic Mediums